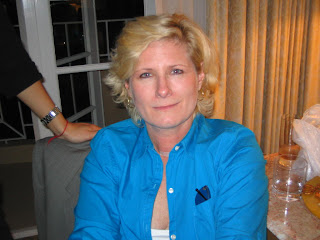 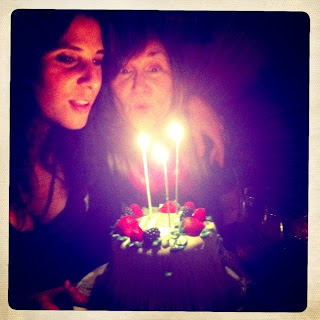 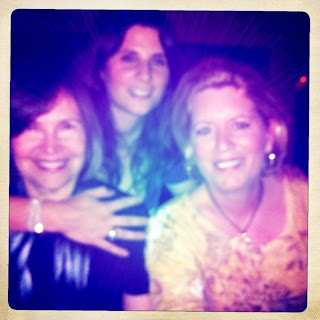 It was a wild Girls Night Out to celebrate the birthday of two good friends born on the same day. It seems like we've all known each other 100 years....and the six degrees of separation are more like ONE. The intermingling of our lives is indescribable. So here's to Hope and Sally, and Stamie and Tracy, and Joanna and Michelle, and Julie and Shelly and Karen and the Mazzio family and Glory Smith!
Posted by Cameron Column at 11:58 AM 7 comments: 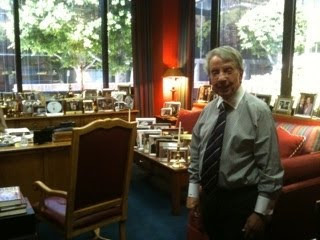 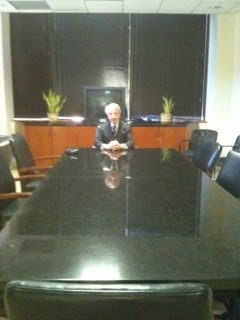 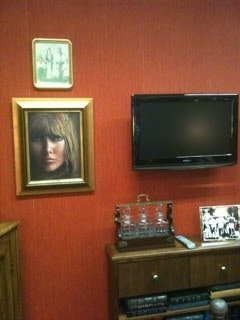 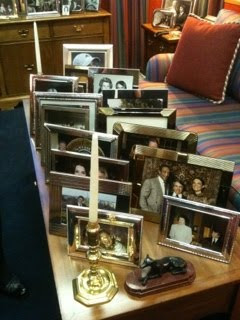 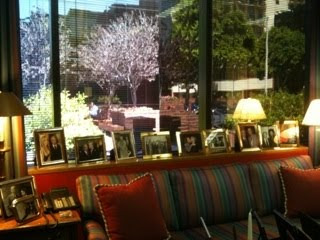 Norman Brokaw, a true gentleman and one of my favorite people ever, has moved his office out of the William Morris building to one across the street in yet another building that had been owned by WM. Norman was the last WM employee to move out of that building. He started at WM in 1943 when he was 18, and made $25 a week (take home $17.50). He lived with a Murphy bed in a place for $65 a week. He's now chairman emeritus and WM sold three buildings in Bev Hills for $43 million. Congratulations Norman. He also just received the Governors Award from the TV Academy, the first agent to ever do so. Because of Danny Thomas and Bill Cosby, Norman packaged legendary TV shows. He has also represented three US presidents, Barbara Walters, Nancy Pelosi, Susan Hayward, Barbara Stanwyck, Clint Eastwood, Natalie Wood, and his long-time client (46 years) Kim Novak. Note her self-portrait on the wall.
His new office is just gorgeous, with big windows overlooking trees, his own conference room, and plenty of room for his signed photos. Now 83, Norman is still a dapper, brilliant gentleman. For cufflinks, he alternates between the gold William Morris cufflinks he got on his 30th anniversary of being an agent, and the sapphire presidential seal cufflinks that he was given by President Ford.
Posted by Cameron Column at 2:53 PM 7 comments: 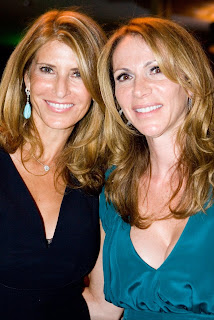 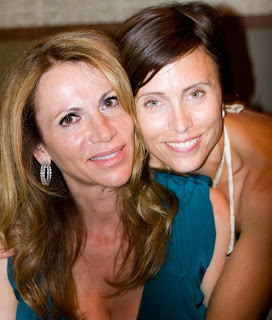 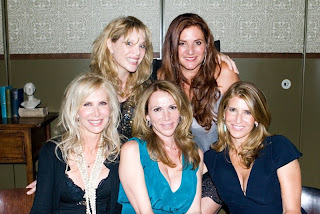 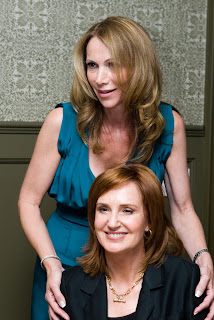 The private room and bar at Soho House were the site of a sensational Girls' Night Out birthday for our friend Danielle Del. Danielle is a talent manager, and is married to the adorable "Ernie the Attorney" Ernie Del. The martinis and Manolos were flowing freely as we partied into the night. Off the top of my head.......Dagny Dubelko, Dede Binder Goldsmith, Donna Antebi, Julie Araskog, Alexandra Dwek, Lisa Franchot (whose photographs you see here), Anne Kopelson, Carrie Wiatt, Joyce Arad, Tracy Danza.....and the beat goes on. The food was terrific, by the way.
Posted by Cameron Column at 4:05 PM No comments: 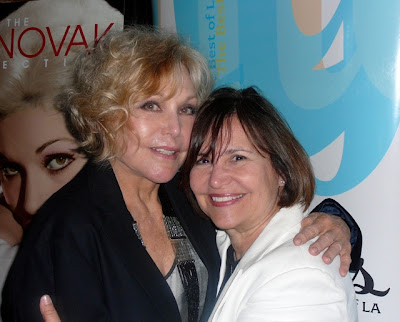 Over 700 people showed up at the Egyptian Theatre for a sold out "Platinum Tribute" to Kim Novak celebrating Sony's release of "The Kim Novak Boxed Collection" DVD set. There was a private reception for Kim earlier at the Essex Public House on Hollywood Blvd., and then we hid in the balcony to watch "Bell, Book & Candle." Kim's husband, Dr. Robert Malloy and Stephen Rebello, the moderator for the night joined us (of course). Poor Cinematheque had to turn away so many people.....
When Kim was introduced she received a two-minute standing ovation, and her Q&A, also moderated by Mary Melton of Los Angeles Magazine, was an emotional, moving, revealing and funny event. It was truly a love fest from both sides. After the event we went to Cut at the Beverly Wilshire, where the martinis flowed along with the lobster, steak, and extra appetizers from Wolfgang. Everyone at CUT was amazing to us. It DOES have the best food in the city. Thanks to Sony, American Cinematheque, Los Angeles Magazine, and mPRm. This event was one for the record books. Finally people got to see the real Kim, the warm, funny, intelligent, luminous legend.
Posted by Cameron Column at 4:34 PM 28 comments: