WHO DOESN'T LOVE NEW YORK?
NO ONE I KNOW!

HERE ARE TWO OF THE REASONS I WENT:

Lucie Arnaz was opening the new Birdland Theatre on her birthday......


And, here's the view from my hotel room on Central Park South 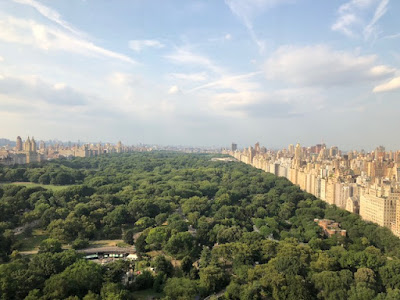 When I got off the plane at JFK, I was stunned by the massive use of advertising by MISSION IMPOSSIBLE FALLOUT. They had multiple screens running clips all along the walls from the gate to baggage claim. 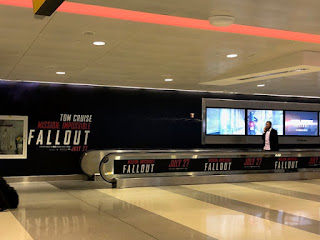 Right after landing, John Monahan and I ran to the theatre to see THE BAND'S VISIT. 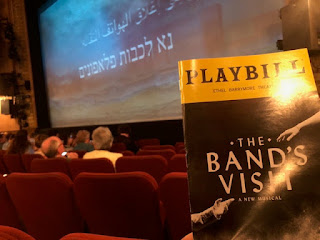 THE BAND'S VISIT won ten Tony Awards. I think it deserved MANY of them, but not all, compared to some of the other musicals running. It is a peculiar, challenging piece, and the second I realized that was what it was going to be, I totally gave myself over to it and understood the deeper meaning of isolation, loneliness, pride, and communication through music. Katrina Lenk, who won the Best Actress Tony was really great.I loved the music, too.

After an experience like that, there's only one thing to do----go to Ray's Pizza!!! My God, do I love Ray's. 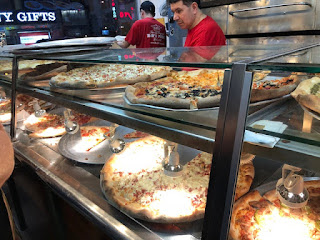 The next morning it was off to the Hamptons because Lucie was playing Bay Street Theatre in Sag Harbor before coming into NYC.  YES, I WAS A JITNEY VIRGIN! It's bearable, but I did learn about the upgraded ones. 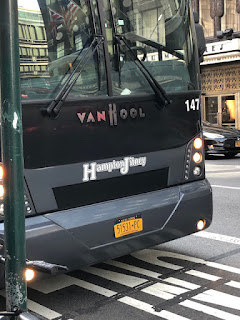 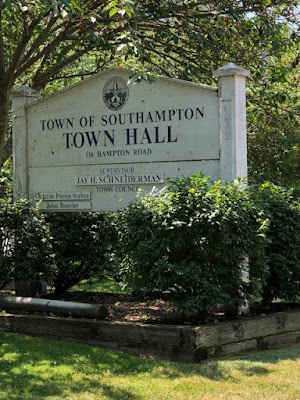 First stop, Southampton. My charming hotel was there. It's the Southampton Village Motel, and it has been completely upgraded and looks like it's out of the pages of Joss & Main. You can walk anywhere from there. 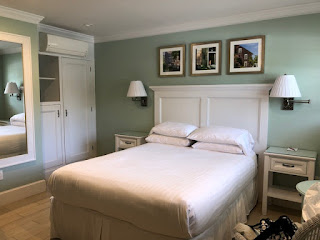 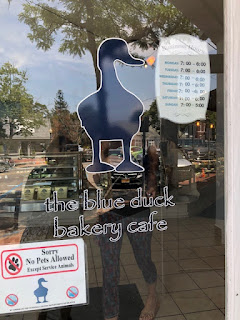 The Blue Duck Bakery is divine for lunch and sweets 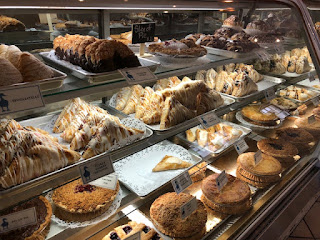 The it was off to Sag Harbor to meet Lucie. 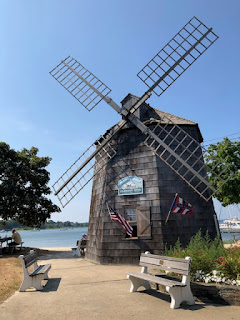 Lucie wasn't in the lighthouse.

I took my dinner break at The American Hotel. I'd always wanted to go there. It's perfect Americana. 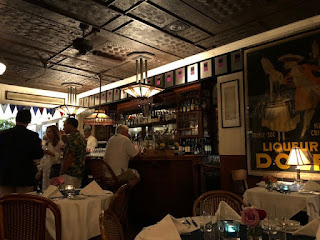 The next morning, Lucie, her conductor, Ron Abel, and I drove back to NY. Talk about moist heat hitting you in the face..... 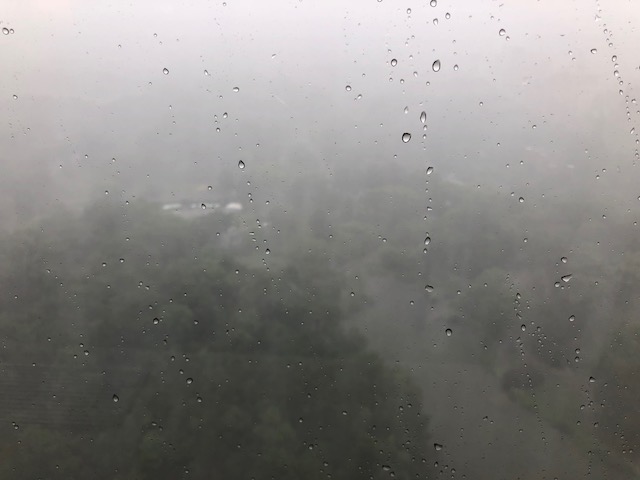 This is what Central Park looked like 30 minutes before Lucie's rehearsal at Birdland was supposed to start. It didn't get any better. Major Monsoon.

But that doesn't stop New York. Lucie's opening the Birdland Theatre was a BIG DEAL. The room is the pride and joy of Gianni Valenti and Jim Caruso (who is booking it). Friends even flew to NY from Palm Springs to celebrate Lucie's birthday and the opening.

Lucie was absolutely dynamite, debuting her new act, "I Got the Job," featuring songs she auditioned with and/or sang in her Broadway shows. She got three standing ovations. 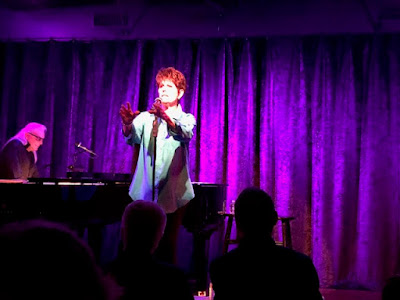 AND, THE NEXT DAY, WE STILL HAD ENERGY!

Along came The Met, with its incredible Catholic Fashion exhibit, plus St. Patrick's mass, Bergdorf windows, BOYS IN THE BAND, and HELLO, DOLLY with Bette Midler. 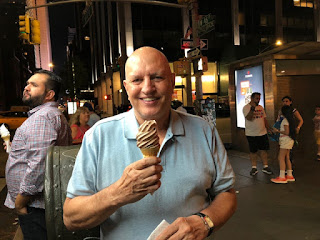 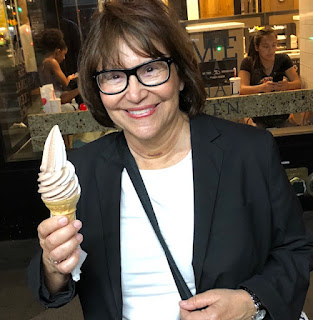 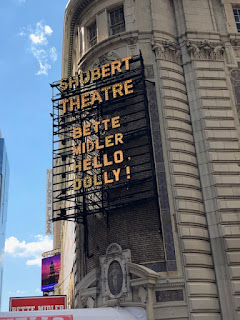 Bette in HELLO DOLLY was an extraordinary experience. From someone who first saw her at the Continental Baths, to her private debut album party at Studio One in the 70s, and every show she's done, it was incredible to see her in this crowning career performance. What joy.


BOYS IN THE BAND's direction, by Joe Mantello, was beyond brilliant. The play not only holds up, but is as moving as it was originally. 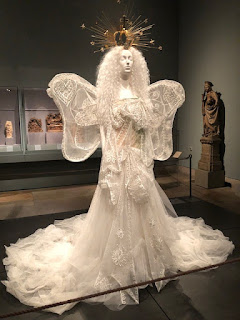 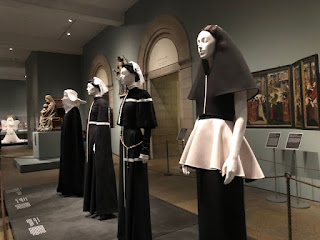 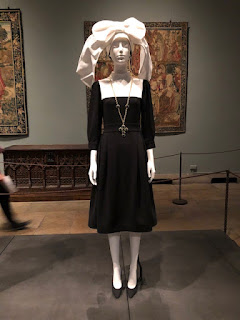 AND, WHAT DO YOU DO AFTER ALL THAT?
You go with John to meet David Zippel and his sister, Maureen, at Virgil'sBBQ! 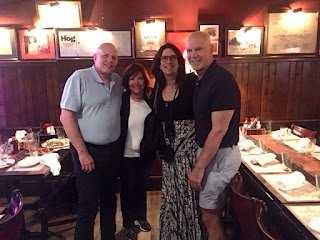 OH, YES. ALONG THE WAY, THIS STUFF HAPPENED, TOO. 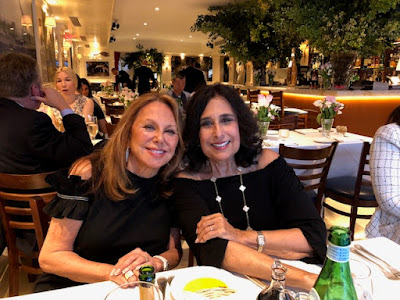 Dinner with Marlo Thomas and Kathie Berlin at Nello 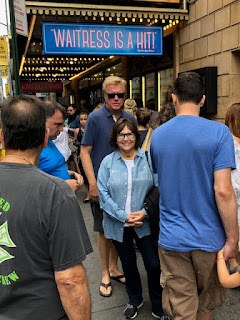 Had seats, but when Katherine McPhee had to pull out because she received the sad news of her father's passing, I chose not to see the show.


And, then, I saw what was happening in front of Trump's home in New York. Streets are blocked; poor Gucci is getting no business; traffic is insane; part of 56th is closed. 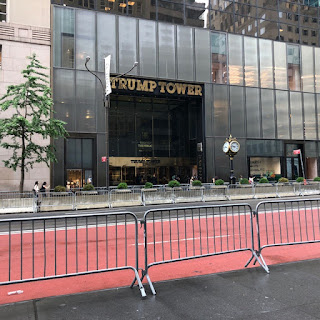 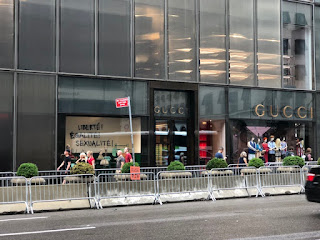 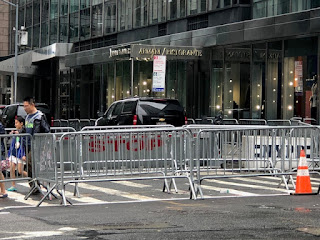 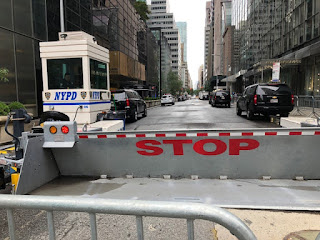 LEAVING FOR CHICAGO IN A FEW DAYS. KIM NOVAK IS APPEARING AT THE RAVINIA FESTIVAL WITH THE CHICAGO SYMPHONY ORCHESTRA PLAYING THE SCORE FROM VERTIGO LIVE WHILE THE MOVIE SHOWS.
Posted by Cameron Column at 9:20 PM