HERE'S WHAT MY LIFE WILL LOOK LIKE WHEN I'M 86. I'VE TOTALLY DECIDED. BUT MY HAIR WONT BE GRAY! AND I'LL LOOK 45

Courtesy Asbury Park Press
An 86-year old Florida widow has spent nearly seven years living on a luxury cruise ship, paying $164,000 a year to do so.
Lee Wachtstetter, known as "Mama Lee" aboard the Crystal Serenity ship, became a permanent resident of the seas after her husband died.
"The day before my husband died of cancer in 1997, he told me, 'Don't stop cruising.' So here I am today living a stress-free, fairy-tale life," the former registered nurse told The Asbury Park Press. 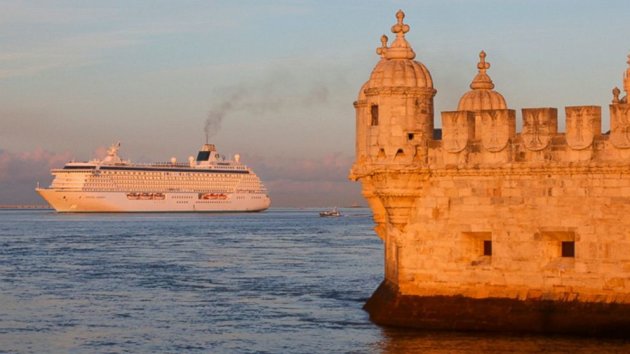 And if that's not enough to make you feel at home, the ship was christened by Dame Julie Andrews on July 3, 2003 in Southampton, England. She says there are plenty of opportunities to make new friends and dance with the ship's dance hosts.
"My husband introduced me to cruising," Wachtstetter told The Asbury Park Press. "Mason was a banker and real estate appraiser and taught me to love cruising. During our 50-year marriage we did 89 cruises. I've done nearly a hundred more and 15 world cruises."

Courtesy Crystal Cruises
Wachtstter said she stopped counting how many countries she has visited.
"I stopped counting after 100," she said. "Just say I've been to almost any country that has a port."
The thing she misses the most from living on the land is her her family, but she stays in touch with her three sons and seven grandchildren with her laptop.
"I hear from one of them everyday, and visit with them whenever we dock in Miami. Last year we docked in Miami five times," she said.
The $164,000 a year or so it costs her covers a single-occupancy seventh deck stateroom, meals, gratuities and entertainment.


This isn't the first time she's lived on a ship.
"Before coming aboard this ship I lived on a Holland America liner for three years," she said. "The day they announced they were stopping the dance host program was the day I decided to leave.
Three other women live on Crystal Cruise ships but none as long as Wachtstetter, according to Serenity's hotel director Hubert Buelacher.
"She's just an amazing woman, one of a kind," he told The Asbury Park Press.
Posted by Cameron Column at 5:23 PM